← more from
Beats of All-Nations 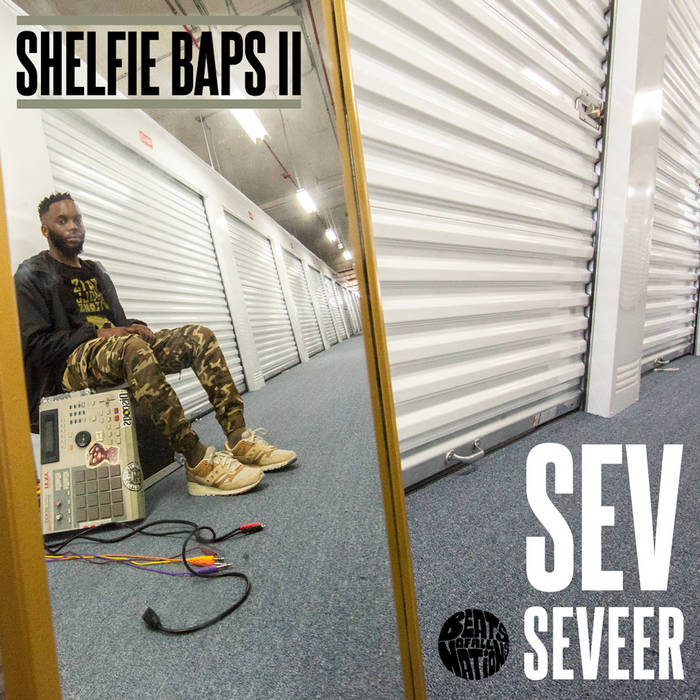 Sev Seveer is a hardware beat maker from Chicago. He is a resident of Chicago-based Push Beats collective and has been featured at SXSW, New Media Art and Sound Summit (Austin), Beat Cinema, the Toledo Museum of Contemporary Art, Exploded Drawing, the Chicago Reader, and by the Chicago Tribune.

While he is generally known for his academic approach to thoughtful, experimental projects, Shelfie Baps 2 is a hard hitting compilation made mostly of battle beats and shelved instrumentals for rap projects. The Shelfie Baps series consists of unreleased and rarely heard instrumentals made over longer spans of time.

This is Sev Seveer’s second 12" LP and third official release, all available on Beats of All-Nations. With launch of this pre-order supporters will receive the first single “Fah,” accompanied by a music video composed entirely in Snapchat and the first installment of the self-released, Shelfie Baps (2016).

Vinyl is in production now and limited to 300.

Bandcamp Daily  your guide to the world of Bandcamp

New sounds from Mavi, Ivy Sole & Moderator, plus AJ, the One joins the show, for her latest release